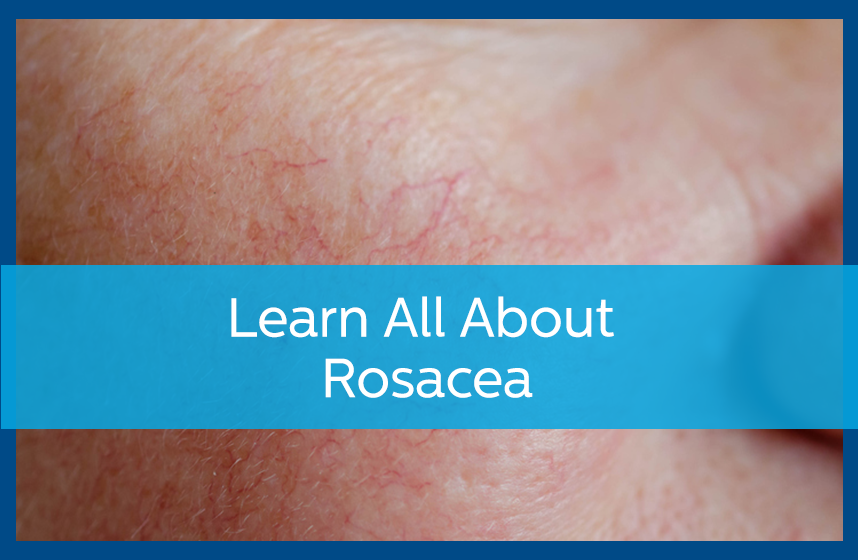 At first, rosacea is easy to explain away. It often starts off with the skin on your face being redder, or maybe you’re more prone to blushing or becoming flushed. It’s an easy fix with makeup.

But, if it’s truly rosacea, it will only get worse. An estimated 14 million Americans, which equals about one in 20 people, have rosacea, a chronic skin condition that is more than red skin. Unfortunately, it’s often misdiagnosed with either acne or eczema, sometimes even a skin allergy. The symptoms are all very similar, so it’s easy to get them all confused.

If you’re wanting to know more about rosacea, learn more from the experts at Avail Dermatology.

As described above, rosacea is a skin disorder that most commonly affects the face, though it can sometimes spread to the ears, chest, and back. The degree that people experience it often range from person to person. While some may have some small redness of the cheeks and nose, some people are completely red in the face and even have pus-filled pimples covering their skin.

Due to the large variety of symptoms, rosacea has four different types:

What are the Symptoms of Rosacea?

We discussed briefly above some of the most common signs, but here is a complete list:

If you are experiencing any of these symptoms, it’s time to head to a dermatologist to get the official diagnosis.

What is the Main Cause?

Unfortunately, it’s not known what causes rosacea. However, scientists have been able to identify several contributing factors that may eventually lead to rosacea:

Scientists and dermatologists are still working to learn more about this disease, and these causes may not necessarily mean anything yet. But it’s good to keep in mind.

What is the Best Treatment?

Just like how the cause of rosacea isn’t known, there is also no cure. Unfortunately, if you do nothing at all to address the issue, the rosacea will only get worse.

The good news is that a combination of medications and lifestyle changes have been shown to improve symptoms. Topical medications, oral antibiotics, and eye drops are common examples of what doctor’s perspective to their patients to assist. Laser treatments can also give cosmetic, and in some cases, medical improvement.

However, there are also a handful of natural treatments that may also help curb symptoms. Easy steps like wearing more sunscreen, avoiding spicy foods, and not using skin products with alcohol may make the symptoms better for you. Ask your dermatologist which ones might be best for you to try.

If you have any more questions about rosacea or need help figuring out the best treatment plan for what you’re experiencing, click here to make an appointment with Avail Dermatology.

A Breakdown of the Different Types of Skin Cancer

How Skincare Varies Between Races
Scroll to top